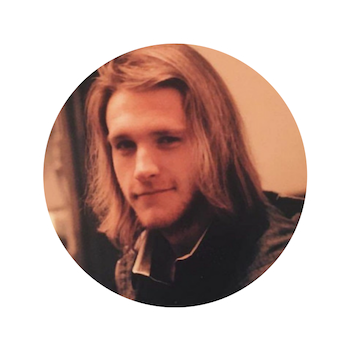 Christian Andrews grew up in the small yet sophisticated city of Green Bay, Wisconsin where he developed a deep affinity for the great outdoors, hearty food, and – most importantly – music. A the age of 13, he was given a guitar for his birthday and has hardly been able to take his hands off of one since. Quickly, Christian began developing as a musician and was able to join in small cover bands across Wisconsin and Michigan where he fell in love with live performance. Before long, his entire world was consumed with listening, watching, playing, and studying music. Eventually he decided that he was in need of a change of scenery and higher music education, so he picked up and moved to Minneapolis where he attended The Institute of Production and Recording and received his Associates Degree in Audio Production and Engineering. Here he learned the ins and outs of how to operate a recording studio and after graduating with honors, Christian was lucky enough to work for Winterland Studios, one of Minnesota’s most accredited music studios.

Since then, Christian has gone on to work on nearly 50 albums and recording projects as a musician, engineer, producer, and songwriter. Not forgetting his roots in live shows, he has continued to play shows with original bands at venues all across the Twin Cities. In the time Christian spends not doing something music related, he is usually spending his time reading books, attempting new recipes, or on a hike with his husky.

Available for lessons virtually, in home within 10 miles of St. Paul, and at the Opus studios in St. Louis Park, Robbinsdale, and Plymouth.

Life happens and unfortunately music may have to take a backseat sometimes. And that’s okay. I just ask that you let me know within 24 hours, if possible. If you are forced to cancel within 2 hours or no show, I will still have to charge for the lesson unless I am able to fill the spot.