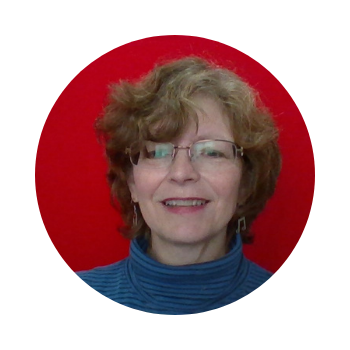 Cindy Farrell’s passion to make and share music began almost 30 years ago in her nativeland of Arkansas, where she graduated from the University of Arkansas at Little Rock with a degree in Psychology and Music. While raising her family, she joined the U’s flute choir and became a founding member of the Little Rock Wind Symphony. She began performing as a soloist and soon partnered with jazz pianist Rex Bell. She and Rex represented Arkansas at the State Days performance series at the John F. Kennedy Center for the Performing Arts in Washington, D.C.

After her third child was born with Down Syndrome (and eventually also with Autism), she accepted an offer to become trained to teach Kindermusik, an international early childhood music program. She was inspired to gain more insight into how young minds are influenced by musical experiences during an “ah ha” moment when she realized her toddler son had actually learned the alphabet through rhythm. In 2000 her family moved to Minneapolis where her husband continued working as an RN at the V.A. Hospital and where they could pursue a specialized treatment for their son called Applied Behavior Analysis. ABA is now a well-known and widespread treatment for children with Autism Spectrum Disorders, but 20 years ago it was just gaining recognition as a successful intervention. Convinced not only that this was appropriate for her son, but that he would also benefit from incorporating music and rhythm into the treatment, Cindy began hiring Music Therapy students from Augsburg and the U of M to train and implement this intensive home-based program.

Cindy began teaching flute at Schmitt Music in Edina during those first months in Minnesota. She also joined the teaching staff of the Minnesota Valley School of Music in Richfield as a flute instructor and a Kindermusik educator. During her years there she formed an adult flute choir that initially began with adult flute students. She was asked to co-write an early childhood music program sponsored by Schmitt Music, and began teaching for another Kindermusik program in St. Paul. In 2008 Cindy began teaching Musikgarten, another early childhood music program, for Brighter Minds Music.

During the first year in Minnesota, she began volunteering for the Upper Midwest Flute Association (UMFA), a regional flute “club” which provides all manner of education, support, performances, etc. of “all things flute.” She joined the UMFA Board of Directors as an at-large member and helped manage the Jr. & Sr. High School Honors Flute Choir. During this time, her adult student flute choir continued growing with more advanced members. In 1994 Cindy and a colleague from UMFA organized a Flute Choir Showcase for area flute choirs to gather, perform each other, and learn from guest artists. She and her partner co-coordinated the Showcase for all but three years since then until last year when COVID made such gatherings impossible. In 2018 she and her organizing partner were awarded Lifetime Memberships in UMFA for their years of service to the MN flute community. Since 2006, her fledgling student flute choir has become the largest “stand alone” flute ensemble in the Twin Cities.

Cindy’s “baby” is Flute Cocktail of MN, now a 501(c)3 non-profit arts organization that (until COVID) performed frequently throughout the Twin Cities and surrounding suburbs. Flute Cocktail’s success, Cindy believes, is due to her group’s mission to involve their audiences in their performances. The family-friendly and theme-based programs provide ample opportunity for audience members to join in the music-making. Her group supplies the audience with all types of small percussion (shakers, clappers, drums, rhythm sticks, castanets, bells, etc.) as well as novelties like bird whistles, kazoos, or other props. Audiences may be invited to sing along, use “body percussion”, or even dance. Cindy’s group, with members ranging over the years from 18 to 78, has expanded to include keyboard and a full-time percussionist to enhance the sound, and she always educates audiences about the different types of flutes used in their performances. Flute Cocktail also began a Summer Student Intern program. Several of the group members are flute teachers, and they invited exceptional students in grades 7 through 12 to participate in the summer performance season. For more information, check out the Flute Cocktail website!

Cindy also avails her private flute students the opportunity to play the lower pitched alto or bass flute. During recitals her students may participate in solos, duets, trios and/or quartets and to incorporate piccolo or the low flutes. They may also be asked to play small percussion. She hopes to teach her students not only the fundamentals of their instrument and of note reading, but to instill in them an appreciation for the subtleties, how to “read between the notes” and make MUSIC out of the black dots on the lines of the page. Though flute is Cindy’s primary instrument, she was dubbed “a percussionist in flutist’s clothing” by the percussionist in Flute Cocktail. If life had taken a different path she would have loved to have been a member of STOMP, or of a professional drum corps and she thoroughly enjoyed a year of hand drumming classes at the Women’s Drum Center in St. Paul.

Cindy is a strong advocate of the power and benefits of music education from infancy. She also believes that music can be enjoyed by anyone at any age, even if they do not “play” an instrument or are not professionals. It is this belief that inspires her to develop audience “play-along” programs for Flute Cocktail to perform. She also believes it is never too late to learn an instrument, or to return to playing after years or decades of not playing.

Cindy truly loves teaching and her students bring a lot of fulfillment. She loves attending live music, theater and dance. When she’s not teaching or managing Flute Cocktail, Cindy enjoys being in the sun and seeks out sunny windows in life. She loves reading, especially Sci-fi and fantasy, with a good cuppa Joe. If there’s a furry 4-legged companion nearby, there’s always enough love for them. She has a “thing” for squirrels and spends too much time watching them eat peanuts off the mini picnic table a friend built for her. She has a green thumb for houseplants, and has a big vegee garden every summer. She enjoys yoga and also POUNDS fitness classes, which is exercise with drumsticks, loud music and yelling – what’s NOT to love? Her favorite places to “be” are on warm but NOT hot sunny beach by an ocean; reading in a coffee shop, being outside in perfect weather, or sitting in her best friend’s living room. Besides being with her children and grandies, her greatest joys are spending time talking and laughing with friends. Oh….and chocolate.

Virtual lessons, in home lessons within 19 miles of New Hope and 10 miles from Lake Nokomis area, and at the Robbinsdale and Plymouth Opus studios.

With advance notice I will make every effort to reschedule lessons if a student needs to cancel. Students may reschedule up to two (2) lessons during the months of Sept-April. In the event I have an unavoidable conflict I will notify students and will reschedule or give the option to “double up” on a lesson if that is possible.